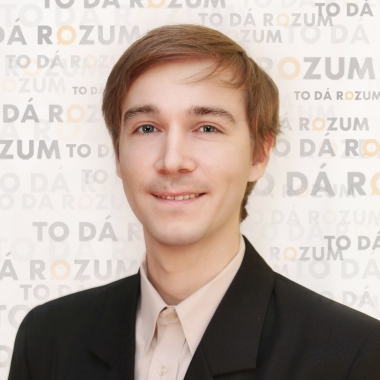 Stanislav Lukáč completed his studies at the University of Aberdeen, UK, and the Central European University in Budapest, where he was awarded an MA in Sociology and Social Anthropology. In his research he focused on the contextualization of racist graffiti and the demarcation of public space within the framework of the hooligan subculture, as well as the current socio-political climate in Central Europe.

During his studies, he worked as a Research Assistant for Dr. Lynne Haney, the American fellow at the Institute for Advanced Studies at CEU. Following graduation, he coordinated projects that focused on tackling radicalization and far-right extremism at the Centre for European and North Atlantic Affairs (CENAA).
Stanislav also cooperated with the Milan Šimečka Foundation, where he contributed to designing the model for auditing social inclusion at local government level, and was involved in a project focused on poverty eradication and raising awareness about marginalized social groups. In 2015, he was invited to speak on the anti-Semitic graffiti panel at the Jewish Culture Festival in Krakow.

Apart from his involvement in the non-governmental sector, Stanislav also has work experience in the start-up and corporate environment.

He has been helping the "Learning Makes Sense" project team with data collection since the beginning of the project, and from September 2016 he has been working as a analyst specializing in the field of higher education and research conducted at higher education institutions.