Peter Dráľ analyst specializing in the field of education governance 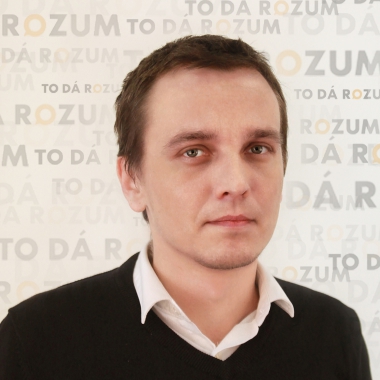 Peter Dráľ is an educational analyst and lecturer collaborating with several NGOs and academic and research institutions in Slovakia and abroad. He focuses on human rights and intercultural issues, inclusive education and educational reform management.

From 2006 till 2014, he worked for the Milan Šimečka Foundation, a Slovak NGO, where he implemented a dozen education projects involving teachers, youth workers, civil servants, policemen and other professionals. In the past, he was also involved in the development of several national policies in the fields of education, youth, Roma and migrant integration in Slovakia. In 2014, he co-initiated the campaign entitled "We want to know more about the future of education in Slovakia", which engages the wider public, experts and policy-makers in dialogue on the future of education in the country.

Since 2015, he has also been a member of a research team testing interventions to reduce prejudice towards minorities, implemented by the Slovak Academy of Sciences and Comenius University in Bratislava. Currently, he is also co-developing an international online learning tool on the identity, diversity and discrimination of young people in Europe. In the aforementioned areas, he has authored and co-authored several research, analytical and advocacy publications, educational materials and manuals for practitioners.

Peter worked in the initial stage of the MESA10 "Learning Makes Sense" project as an analysts for education vision. Currently, Peter works as an analyst specializing in the field of education governance.